Get the Issue Now!

The last week has been a whirlwind of travel, fieldwork and conferences.  I am now back and cannot wait to tell you more about it.  But before we delve into conference discussions and after-action reports, I have some very exciting news.  The latest issue of the interdisciplinary journal Martial Arts Studies (an imprint of Cardiff University Press) is now on-line and available at no cost to anyone with an internet connection and a desire to see some of the best work in the field today.  Simply click this link or the cover image above.

If you are wondering where to start, be sure to check out the opening editorial, authored by Paul Bowman which asks the provocative question, “Is martial arts studies trivial?”

Before introducing the articles comprising this issue of Martial Arts Studies, this editorial first undertakes a sustained reflection on the question of whether the emergent field of martial arts studies might be regarded as trivial. In doing so, it explores possible rationales and raisons d’être of the field in terms of a reflection on the legitimation of academic subjects, especially those closest to martial arts studies, from which martial arts studies can be said to have emerged. The first draft of this reflection was originally written by Bowman in response to certain reactions to his academic interest in martial arts (hence the occasional use of the pronoun ‘I’, rather than ‘we’), but Judkins proposed that the piece form part of this issue’s editorial, because of the importance of thinking about what this ‘martial arts studies’ thing is that we are doing, what the point of it may be, and whether or not it may be trivial.

Not only will this editorial help to introduce and conceptually tie together the various papers in this issue of the journal, but it constitutes one possible jumping off point of my own keynote at the recent MAS conference titled “Show, Don’t Tell: Making Martial Arts Studies Matter” (which will be posted on the blog next week.)  Anyone concerned about the state and development of the field will want to start here.

This issue of the journal features four major research papers (two of which are quite lengthy) which will be of great interest to anyone interested in the Chinese or Malay martial arts, questions of pedagogy or the interaction between on-line and embodied martial communities. 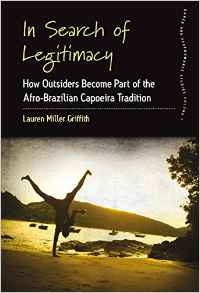 The issue concludes with a number of discussions of newly published Martial Arts Studies volumes, all reviewed by scholars in the field.  As always, it is gratifying to see so much good work coming out.