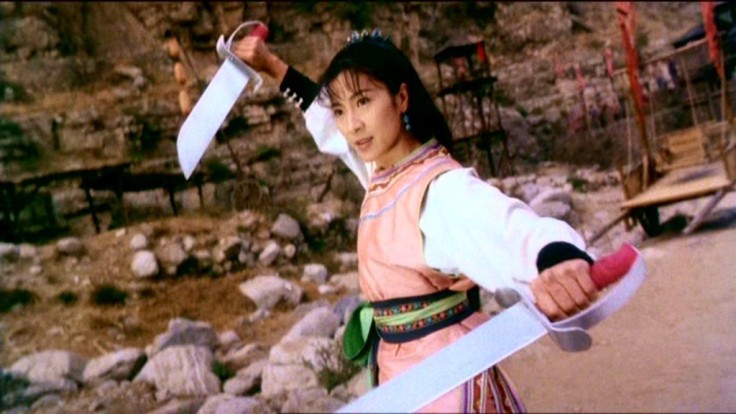 Friday morning posts are usually written the day before, and it just so happens that this week’s Thursday falls on Valentine’s Day. That complicates things for reasons that are both understandable and a few which are a little less obvious. It would be an understatement to say that my wife is very supportive of my writing and research within Martial Arts Studies.  What success I have had in this field is due in large part to her. And that is not simply the sort of trite truism that one is expected to say on Valentines Day.  Over the years Tara has become extremely well versed in the Martial Arts Studies literature. Even more critically, she generously edits almost all of my book chapters, article manuscripts, conference papers and blog posts.  To put that into some sort of perspective, over the years that adds up to about 3,500 single spaced pages (or well over two million words) of blog posts alone.  And she does this happily and with important insights.

So, to make a long story short, the very last thing that I want to give her on Valentine’s Day is another essay.  A note of heartfelt appreciation might be nice.  Yet by the time the rest of you are reading this on Friday morning, the holiday will have past. Such is my dilemna.

In an effort to stick to my regular publishing schedule, and also keep things brief for my wife, this post is my personal list of women who helped to shape the practice (and accessibility) of the martial arts in Southern China.  Some of these figures are well known, while others are obscure. Some are basically legendary, but a few made important contributions to the practice of these hand combat systems in more recent times.  In all cases, a close study of their lives reveals something new or unexpected about the evolution and development of the southern Chinese martial arts.

To underscore that last point, I decided to arrange this list in chronological order.  We will be starting in the Ming Dynasty and working our way up to the post-war era.  Obviously, there are thousands of female martial artists making important contributions today. But I have decided to stick with individuals whom I have already discussed on the blog to keep today’s post brief.  Click on any of the links below to find a detailed discussion of everyone on the list. 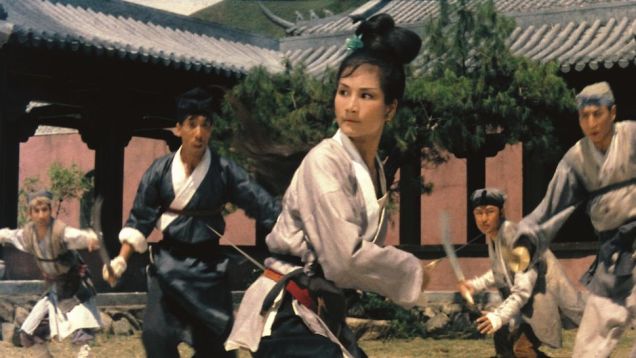 I suspect that everyone reading this blog will be familiar with the legend of Ng Moy and Yim Wing Chun.  Wing Chun’s creation mythology asserts that the former was a nun who survived the burning of Shaolin, while the later was her student and the first disciple of her new art.  It should be noted that female martial arts heroes became all the rage in both the wuxia novels and more popular stories produced in the final years of the Qing and opening decade of the Republic.  In actual fact most (though not all) martial artists in the late imperial period were male.

As Douglas Wile has noted, these stories are an important piece of evidence that help us to understand the ideological work that the Chinese martial arts were called upon to perform during this period.  And it seems likely that they did inspire many women and girls to take up the actual practice of the arts during the later Republic era.  But what historical sources did these mythmakers draw from?  Was there a grain of historical truth hidden in the literary creation of figures like Ng Moy?

China has had its share of charismatic, revolutionary, female leaders.  One of the most interesting was Tang Saier, who led a large revolt against the state during the early Ming dynasty, before eluding capture by vanishing into the country’s network of poorly regulated temples (or at least that is what the Yongle Emperor seemed to believe).  Her story will be of interest to all readers of Kung Fu Tea, particularly those who are looking for the literary roots of figures like Ng Moy or Yim Wing Chun.  You can read more about her rebellion, and literary after-life, here.

The next entry on our list moves us up from the Ming to the early Qing dynasty.  In the mid 17th century a female martial artist and her husband moved to Yongchun in Fujian and taught dozens of disciples.  Her story is briefly recorded in a local gazetteer.  Yet by the time the Bubishi is produced (nearly 200 years later), this brief account has given way to a more detailed legend, fully integrated into the regional myth of the burning of the Shaolin Temple.

Ding’s story is important on a number of levels.  Hers is one of the few accounts we have of hand combat instruction during the first half of the Qing dynasty, and so it is important on those grounds alone.  And it is also one of the few accounts that we have a female martial arts instructor gaining prominence prior to the advent of the Jingwu era.

Yet we are also fortunate to have written documents and oral folklore that can be (more or less reliably) dated to specific periods.  This gives students of Chinese martial studies an unparalleled opportunity to study the process by which local martial arts teacher are deified through the mythmaking process.  Ding is worthy of our admiration because both her teachings, and the legend that she inspired, had a notable impact on the martial arts of Fujian province.

Our next figure is a bit of a deviation.  While a martial artist, she is probably best remembered as a professional gambler.  More specifically, she is remembered as the owner of a gambling house that had the bad fortune of winning quite a bit of money from the son of a local magistrate. In world of high stakes gambling, as in life, one sometimes loses by winning.

Fei Ching Po makes our list not because of any specific contributions to the practice of boxing.  Rather, her life is heuristically useful.  News of her rise to prominence, and rapid decline, were first reported in the Canton Register.  These articles were later reprinted in James Holman’s best-selling 1840 travelogue, Travels in China, New Zealand, New South Wales, Van Diemen’s Land, Cape Horn, Etc. Etc.  Her life is an important illustration of marginal social classes that made up Guangzhou’s boxing community in the early 19th century.  Further, her story is most likely the first account of a non-fictional female practitioner of the Chinese martial arts to be widely circulated in the English language literature.  Click here if you are interested in further exploring the links between gambling and the martial arts in “Old Canton.”

Accounts of individuals such as Fei Ching Po suggest that female martial artists certainly existed prior to 1911.  Such individuals also appear to have been somewhat uncommon and hence noteworthy.  Yet by the mid 1920s tens of thousands of women, including many students in higher status middle and high schools, were practicing the traditional martial arts. Indeed, most newspaper accounts of large public martial arts displays during the 1920s and 1930s mention the presence of female participants.  Their mastery of the martial arts felt “revolutionary” to spectators at the time.  It was taken as clear evidence of the modern, progressive and scientific nature of China’s reformed martial arts. And that was generally seen as a positive sign of China’s modernization. Yet how did this come about?

One cannot understand the progressive turn within China’s elite martial arts community (and its subsequent embrace by a large part of the urban middle class) without discussing the critical contributions of the Jingwu Association.  And you can’t really understand the appeal of that group without exploring the life and career of the ever energetic, and highly charismatic, Chen Shichao.  The sister of Chen Gongzhe (one of the group’s key founding members), Shichao made sure that China’s new feminist sensibilities were reflected in Jingwu’s public statements and internal organization.  She ran classes for female martial artists and eventually created a semi-autonomous “women’s section.”  She made sure that Jingwu was advertised in the sorts of magazine’s that housewives read, and emphasized that a truly modern China could not be achieved without upgrading the human capital of female students just as quickly as their male counterparts.  The openness of the modern Chinese martial arts to female students is due in large part to the early reforms promoted by Chen Shichao within the Jingwu Association. You can read more about her efforts here and here.

Mok Kwai Lan is not (yet) a household name.  Yet almost all kung fu students, or even fans of Hong Kong action films, are familiar with her husband Wong Fei Hung.  Still, she was a well-trained martial artist and bonesetter long before she became Wong’s fourth wife (or more accurately, concubine).  During the course of their marriage she was instrumental in running not just the household, but also Wong’s clinic and martial arts classes.  She was responsible for instructing classes of female students, and even led the region’s first all-female lion dance society.  Following her husband’s death, she moved to Hong Kong and established a school where she taught for many decades.

Indeed, Mok is a fascinating figure as her life transcended so many generational boundaries.  Born in the late 19thcentury she would begin her training at the time of the Boxer Uprising, come into her own as a martial artist during the Republic, see the rise of Hong Kong’s golden era of Kung Fu culture in the 1950s, and even outlive Bruce Lee.  By the time of her passing in 1982 Mok had seen much of the modern history of the Chinese martial arts.  Indeed, she had shaped generations of students as she brought these practices firmly into the present.  You can read more about her remarkable life here.

If you enjoyed this essay you might also want to read: Martial Mythology (1): Yim Wing Chun and the Hero’s Journey