Earlier this week (on July 27th) I got a prompt from WordPress reminding me that it was a special day.  Kung Fu Tea first said “Hello World” three years ago to the day.  This anniversary is something of a milestone for me.  When I first started this project I was not sure how successful it would be.  I knew that I wanted to build a community of like minded researchers, scholars and martial artists, and I suspected that this would not be a quick or easy process.  So I promised myself I would give it three years and try to post regularly.  At that point I would sit back and see whether it had been worth it.

Needless to say the last three years have exceeded my expectations, and I owe all of that to you, the readers.  I have ended up dedicating vastly more time and energy to this blog than I thought I would.  But I now have the distinct privilege of spending part of each day emailing and talking with students of various aspects of the martial arts who I never would have had an opportunity to meet otherwise.  It has also been exciting to have a front row seat to the birth and development of Martial Arts Studies as an area of scholarly study.  More material keeps coming out every month and I cannot wait to see what the next few years will bring.

Birthdays are also an ideal time for reflection, to consider the nature of the road that we have been on.  Readers who prefer a more quantitative approach to the past may want to stop by the “My Top Picks” tab at the top of the screen (or just follow the link).  Here you can find a list of those posts that have been the most popular with reader over the last three years as well as some of my favorites organized by subject matter.  Given that this blog has now hosted well over 300 unique posts and essays, this may be a good way to see what you have been missing.

If you instead favor a more qualitative mode of reflection simply read on.  As I looked back through my stats I was curious to see which of my posts had received the fewest page views.  Unsurprisingly it turned out to be the very first one that I wrote.  In retrospect this seems obvious as the blog had no readers at that point.  Still, its an interesting exercise as in it I outlined my goals for Kung Fu Tea as I understood them at the inception of this blog.  So lets take a moment to look back and see how well we have done, and the various ways that this project has evolved.  If the last three years have demonstrated anything, its that there is still a lot to say to Chinese Martial Studies.  But for now I am going to eat some cake. 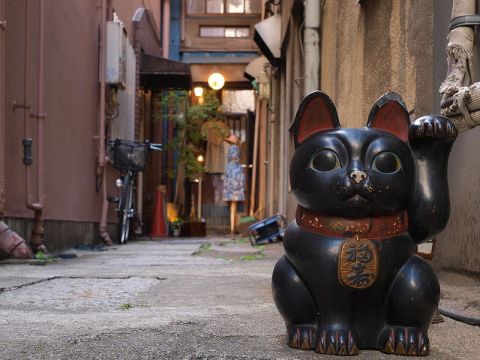 Welcome to the Kung Fu Teahouse.  I hope that this will become a place where we can meet to reflect on and discuss the growing field of martial studies.  While most of my writing and thinking focuses on the area of Chinese Martial Studies in the late Qing and Republic periods, I have always believed in the power of the comparative case study to illuminate new and interesting facts.  As such I will also publish posts dealing with Japanese, Middle Eastern and traditional European martial arts and culture.

What is Martial Studies?

So, for non-specialists, what is “martial studies”?  Basically this blog focuses on the academic study of the martial arts.  More specifically, martial studies include the social, cultural, economic and historical study of a society’s fighting and military traditions at all levels of social organization.  By tradition “martial studies” seems to focus more on how society upholds these structures than a strict military historian might.

Martial studies is also radically interdisciplinary.  In its ranks you will find historians, hoplologists, political scientist, psychologists, anthropologists, economists and literature and film studies students.  It asks questions as diverse as “When was Taiji created?”, “How has globalization effected the development of southern Chinese martial arts?” and “How has Bruce Lee changed what it means to be a Chinese American?”  If you are interested in any of these questions than this blog is the place for you.

Who am I and why am I writing about this?

This last subject really grew out of my interest in late 19th century globalization, Asia and religion and politics.  It occurred to me that southern China was understudied and a great test bed for many of our theories about social groups, civil society and globalization.  To that end I started educating myself about the development of southern Chinese martial culture more generally.

I should also note that I draw on my own background as a practicing martial artists when writing and thinking about the field of martial studies.  I practiced Tae Kwon Do on and off through college.  Later I discovered Wing Chun, a southern Chinese form of boxing propagated by Ip Man in Hong Kong in the 1950s and popularized in the west through Bruce Lee, his most famous student.  I study with Sifu Jon Nielson (a student of Ip Ching, son of Ip Man) and do a little teaching myself.

I say all of this not to display my credentials so much as to explain my unique research interests.  Most of the posts on this blog will focus on Chinese martial culture.  I am especially interested in Guangdong and Fujian provinces from about 1850 until today.  Wing Chun is my major case study so it is probably going to be a little over represented, but I will also post on a number of other local folk styles and even more modern topics regarding Chinese martial arts.

Of course not all of the posts will be equally weighty and academic.  Hopefully we will also have a chance to discuss martial arts in the news and popular culture.

Want to see the very first academically focused post here at Kung Fu Tea?  If so check this out:  A Really Short Reading List on Chinese Martial Studies