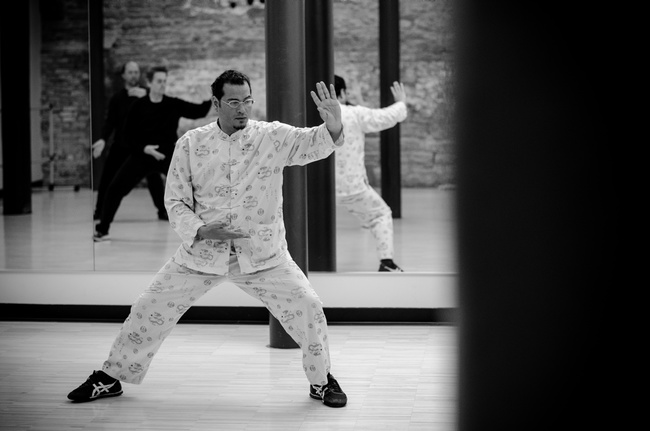 Introduction
New York City is a place that gets under your skin.  Live there long enough and you will always be up for a good New York story.  I had a chance to explore the city while I was in graduate school at Columbia, but unfortunately I believed that I didn’t have the time to the study martial arts. (In my defense those courses did involve an ungodly amount of reading).  Now I view it as a missed opportunity.

If all has gone according to plan, I have just arrived back in the United State from the Martial Arts Studies conference at the University of Cardiff and am recovering from jet lag.  As such this will be the last guest post by Sascha Matuszak in his short series covering for me in my absence.  Keeping with the recent theme I thought that we would take another look at the many connections between the Chinese martial arts and popular culture, but this time Sascha will be exploring a story a little closer to home….

I stumbled across Jose Figueroa’s studio while wandering around the old Schmidt Brewery and Artist Lofts in west St. Paul. The lofts hold seminars and events from time to time and Sundance was in town holding a filmmaking workshop. I left to catch some air and found myself at the end of a hallway, staring slack-jawed at a bunch of kung fu memorabilia taped up to the walls outside of one of the studios.

Photos and clippings from the 70s and 80s, a large poster of Sanshou champs Jason Yee vs. Cung Le from the 1997 Kungfu Championships, the first ever televised kung fu event. To one side movie posters for films I’d never heard of like “Final Weapon” with Lou Reed, “Hunting Buddies” and a documentary called “Urban Dragons,” all produced or choreographed by a Chen style Taiji master named Jose Figueroa. I looked at the pictures of a man with a ponytail in a “whip” pose sporting shiny white taiji robes and contemplated how the universe works in such mysterious ways. Did a quick search, sent a text, set up a meeting.

Jose was born and raised in Santurce, Puerto Rico, where he “grew up like Mowgli in the Jungle Book” with his three brothers. They moved with their parents to the Bronx when Jose was little, but he remained in Santurce with his grandmother for a few years (“It was a family thing, she said this one stays with me”), not joining up with the rest of the family till he was eight or nine years old. Growing up in the Bronx in the 70s meant you were probably at The Art movie theater watching old kung fu movies, at the jams dancing or fighting or deejaying, or on the streets bombing all night.