Welcome to our latest edition of “Chinese Martial Arts in the News.”  This is a semi-regular feature here at Kung Fu Tea in which we review media stories that mention or impact the the traditional fighting arts.  In addition to discussing important events, this column also considers how the Asian hand combat systems are portrayed in the mainstream media.

While we try to summarize the major stories over the last three weeks, there is always a chance that we have missed something.  If you are aware of an important news event relating to the TCMA feel free to drop a link in the comments section below.  If you know of a developing story or event that should be covered in the future feel free to send me an email.

Lets get to the news!

Terrorism is not a new phenomenon in China, but I think it would be fair to say that the unfortunate events of the past few months (including the knife attack on the train station, as well as the ongoing drama over the missing Malaysian Airliner Flight 370) have been bringing these issues into the spotlight.  There have been a lot of stories in the press dealing with these issues, and a few of them even touch on the world of the martial arts.

One of the most interesting stories that I ran across focused on the Lingyin Temple in Hangzhou, Zhejiang province.  The South China Morning Post has reported that the temple (which is a major local tourist attraction) has assembled an anti-terror security team consisting of 20 younger monks and 25 security professionals.  News reports don’t mention any martial arts training in their future, as it looks like their preparations will be more similar to what one might expect in a security/para-law enforcement setting.  Local reaction to this development is mixed.  Still, its an interesting example of a Buddhist temple becoming involved in the affairs of the day in an attempt to serve the community.  I strongly suspect Shaolin’s ancient military tradition (as well as most of the medieval Buddhist temple armies) were born out of similar decisions.

In even less pleasant news I noticed that reports of a multiple-victim murder in Henan province are currently making the rounds.  The perpetrator of these crimes is being reported to be a skilled martial artist and a “former student of the Shaolin temple.”  Few details on his life history are included in any of the reports, and I would tend to assume that he was probably a graduate of one of the many local martial arts vocational high schools in the region rather than the temple itself.

Details surrounding the murder are fuzzy, but apparently the suspect raped his niece and murdered five other family members with knives and a hatchet before fleeing the province.  He was eventually arrested by police in Shanxi and is being returned for trial in Henan.  If this individual is a graduate of one of the regional Wushu schools, the case will do nothing to change the generally sour public opinion of the martial arts establishment and the poor prospects awaiting the graduates of these institutions.

The Shaolin Temple may be planning yet another expansion, this time in Central Asia.  A couple of reports in the last week have indicated that the temple is currently in negotiations to build a branch in Kazakhstan.  It is hopped that this new temple might also become a destination for Kung Fu students given its closer proximity to Russia and the rest of Europe.  Unfortunately all of the stories seem to be based on the same press release, and I have yet to see any sort of independent confirmation of these reports.  Still, given the interest in Wushu throughout the former Soviet Republics, I suspect that a major martial arts training center in this region might actually do pretty well.  It will be interesting to see how (and whether) this story develops in the future.

Making Traditional Chinese Swords in Modern Taiwan, With a Little Help from Above

The Three Epoch Times ran a delightful article profiling a sword-maker named Chen Shih-Tsung.  I spend quite a bit of time studying and collecting weapons, so I have seen a lot of profiles of traditional blade smiths around the world.  Few of them are anything like this.  This account is fascinating to me precisely because it touches on so many issues currently being discussed in Chinese martial studies.  Chen has no formal background in metallurgy, smithing or museum work.  Instead he seems to have been inspired on his quest to recreate traditional Chinese blades through his obsession with wuxia novels.  Luckily he has received a little help in his journey:

Before he succeeded with his first sword, Chen had an extremely vivid dream. Lights, deities, and celestial beings unfolded before his eyes in a display of brilliance. They communicated with him wordlessly, showing him how to make the swords. That wasn’t to be the first time he had such visions, either. Deities have appeared by his side and given him instruction while he was in his workshop. But he is reticent to describe the scenes further; most modern people won’t believe it, he said.

This account is fascinating to me because it parallels the many claims of divine intervention that are seen in the Chinese martial arts, from the establishment of small heterdox spirit boxing groups, to the widely held claim that Zhang Sanfeng created Taijiquan after receiving a similarly revelatory dream from the God of War.  In fact, one suspect that this widespread belief within the more conservative corners of the Taiji community provided the basic model of Chen’s own revelatory experience.  All in all its a nice interview with a modern sword-smith, and a good illustration of certain topics that are frequently discussed in Chinese martial studies. 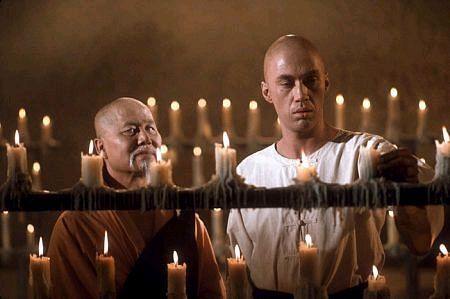 The last few weeks have seen a number of articles dealing with the Chinese martial arts in the film and television markets.  Perhaps the highest profile story is that Donnie Yen, who starred in the break out hit “Ip Man,” has signed on to the much anticipated sequel to “Crouching Tiger Hidden Dragon.”  Given the wild success of the first film, which really helped to raise the profile of the Chinese martial arts throughout the world, expectations for the sequel are very high.   Woo-ping Yuen will be directing this new project which is quickly gather a star studded cast.  Here is to hoping that lighting will strike twice.

Wong Kar-wai’s epic retelling of the life of Ip Man has swept the Asian Film Festival awards, partially making up for perceived snubs in some other venues.  Unfortunately the celebration of “The Grandmaster’s” success was marred by grief over the loss of Ju Kun, a member of the stunt team on this film and a number of other important projects.  Wong Kar-wai reportedly used his acceptance speech to call for greater transparency in the search for flight 370.

This week has seen some good news for fans of the 1970s television series “Kung Fu.”  It looks like the on again/off again plans for rebooting this story is finally getting some traction.  This project, being managed by Universal, is currently being pursued as a feature length film.  It is rumored that it will depart from the original old west setting and place the cast in a more contemporary environment.  The film has a team of producers in place and they are now looking for a director to take the helm.  If you are interested you know where to send that resume.

While not directly China related, readers might also want to check out this article on the rise of the mixed martial arts in Asia.  It gives a nice overview of the situation and profiles not only fighters but a few of the rival leagues that the UFC will need to compete against for dominance in this new market.  Its short, but worth the read.

I have been watching a story develop for a few months now that, while not directly related to the traditional Chinese martial arts, may be of interest to quite a few readers here at Kung Fu Tea.  Canada has a larger ethnic-Chinese community.  As a result its traditional Chinese medicine market pretty vibrant.

Recently a controversy has erupted over the regulation of the this industry.  The central question being debated in a number of provinces has to language (always a hot topic in Canada).  A number of provinces now require Chinese doctors to demonstrate proficiency in English to practice medicine so that they can communicate with their many patients who are not fluent in Chinese.  But as one might expect this new regulation has resulted in the exclusion of number of immigrants who speak only Chinese and not French or English.  They in turn argue that Chinese medical doctors should have to prove fluency in the Chinese language so that they can read traditional medical texts in the original.  In their view Chinese medicine cannot be separated from the Chinese language.

This linguistically fundamentalist position has been handed a number of defeats in Canadian courts which have found that requiring language proficiency as a condition of licensing is not discriminatory.  Still, this all sounds oddly similar to some discussions I have heard about the role of Chinese in martial arts instruction, and whether someone who is not “really Chinese” (meaning that they have both an ethnic identity and a store of deep cultural knowledge) can ever be said to have mastered the Chinese martial arts.  This whole controversy might make for an interesting comparative case study. 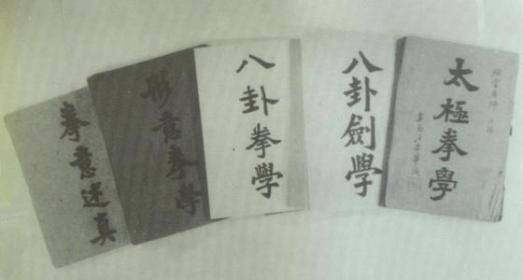 There have been a few notes of interest in the field of Chinese martial studies in the last few weeks.  First off, Dominic LaRochelle has a new article in Novo Religio, the Jorunal of Alternate and Emergent Religions, titled “Making the New Appear Old: The Daoist Spirituality of Chinese Martial Arts in Taiji quan Manuals Published in North America.”  If you have access to a university library you can access the paper through JSTOR.  Otherwise you can read the abstract here.

Paul Bowman has also been hard at working attempting to flesh out how martial studies might work as an independent academic field of inquiry.  His latest essay at the Martial Studies blog takes a closer look at these issues and how martial studies interact with, and differ from, the traditional academic disciplines.  It is titled “Martial Arts Studies and the Disciplines.”  If you have any interest in the scholarly study of the martial arts it raises some important questions to start thinking about.

There has been a lot of activity on the Kung Fu Tea Facebook group during the last few weeks.  This includes an new taijiquan manual from the Brennan Translation Blog, some vintage Bruce Lee, a good source on antique Chinese weapons and a classic Hung Gar long pole performance.

In addition to covering some lighter topics the Facebook group is also a great way to stay up to date on new posts here at the wordpress blog.  If you would like to receive regular updates make sure you “like” the facebook page and set your profile settings accordingly.  And if its been a while, head on over and see what you have been missing!