Welcome to “Chinese Martial Arts in the News!”  This is a semi-regular feature here at Kung Fu Tea in which we review media stories that mention or affect the traditional fighting arts.  In addition to discussing important events, this column also considers how the Asian hand combat systems are portrayed in the mainstream media.

While we try to summarize the major stories over the last month, there is always a chance that we may have missed something.  If you are aware of an important news event relating to the TCMA, drop a link in the comments section below.  If you know of a developing story that should be covered in the future feel free to send me an email.

Its been way too long since our last update so there is a lot to be covered in today’s post.  Let’s get to the news!

News From All Over

The discussion of the Mixed Martial Arts in China has dominated headlines for the last few months, and much of this coverage has been mixed.  The last few weeks were no exception.

Controversy again erupted among micro-bloggers after viral videos emerged showing children and young teens competing in pretty serious MMA matches.  Headlines in a large number of both Chinese and Western news outlets reported that the police were investigating an underground MMA fight club that was exploiting orphans.  The truth of the situation turned out to be more complicated.

In fact, the MMA training was being conducted at a martial arts based residential school in Chengdu that both adopted orphans and took in the children of predominantly poor families.  Such practices are common in other martial arts high schools throughout China, including those in Chen Village and the more famous ones near the Shaolin Temple.  And many articles reported that students preferred life at the school (which included regular meals) to what they had left behind in their home villages.  Still, this is not the first time that concerns over child exploitation and injury have dogged China’s martial arts vocational schools, and many members of the public thought that the nature of MMA training made it uniquely unsuited to children of this age, even in comparison to Sanda and other Chinese arts.

But the news for MMA was not all bad.  While some regional fight promotion companies have enjoyed decent success in China, the UFC has found this market to be particularly challenging.  But their luck may finally change.  The Financial Times, and a number of other outlets, have reported that the company has locked in their first “mainland” fights for later this summer.  The event will happen in Shanghai and may finally give the brand a shot at a larger slice of the Chinese domestic media market.

A very different sort of contest recently happened at the Shaolin Temple in Henan province.  This Kung Fu tournament dispensed with the more familiar types of kickboxing and forms display in favor of exotic, and solitary, events.  It featured four different types of contests focusing on iconic skills.  These included breaking tiles, the manipulation of “stone locks” (a type of traditional strength training device), knife throwing and two finger push ups.  You can read about the event here, in a slightly more detailed article at the SCMP.  The truly curious can also watch the YouTube live stream of the final day of competition, complete with English language color commentators. While not great TV, students of martial arts studies may find the ways in which the event itself was discussed to be interesting.

One of the more interesting news articles from the last month was titled “Wushu Summer Games”.  The piece provided a fairly detailed discussion of a month long summer exchange program run by Shanghai University.  Unlike other exchange programs which we have discussed here at KFT, this one was aimed explicitly at western University students who were interested in learning more about modern Wushu, as well as studying other aspects of Chinese society and culture.  The program is sponsored by Shanghai’s government and would seem to be another example of the cooperation between educational and state institutions in the promotion of China’s “Kung Fu Diplomacy” strategy.  In fact, I suspect that this might make a great field work site and future case study for any undergrads who are currently interested in doing martial arts studies research in China. 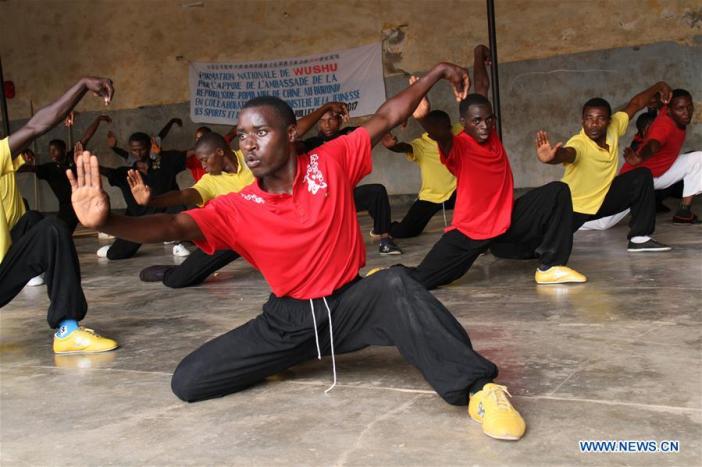 Speaking of “Kung Fu Diplomacy”, it turns out that the Chinese martial arts are popular in Burundi.  At least that is what this article asserts.  While we hear a lot about efforts to promote Wushu in Africa, this article was particularly interesting as it once again focused on the close collaboration between government agents (in this case diplomatic staff) and University personal in promoting this aspect of China’s public diplomacy strategy.

The Vision Times is offering “A Brief History of the Chinese Martial Arts.”  Its a popular and more romantic account, but a good example of the sort of discourse that surrounds these fighting systems.

There is a new Bruce Lee bio-pic coming to a theater near you.  And that means that you may have questions about Wong Jack Man.  Here are six facts that the Movie Pilot thinks you need to know.  To which I will add my own: No, he wasn’t actually a Shaolin monk!  If you are actually interested in learning more about Lee, Wong and why they came to blows, I would highly recommend Charlie Russo’s book Striking Distance, which I reviewed here. 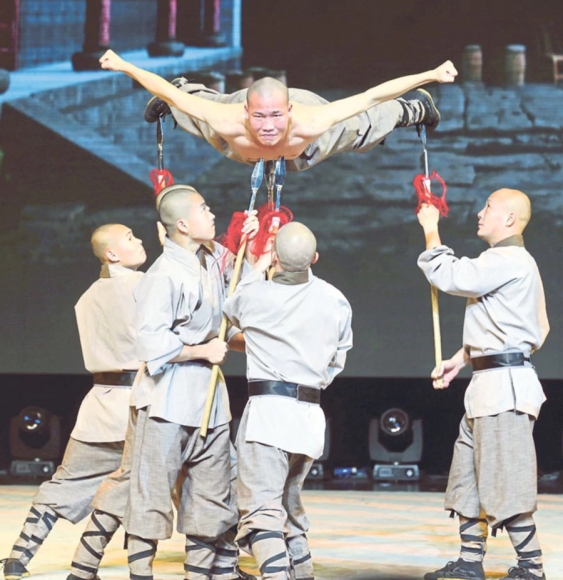 But maybe you are interested in checking out the theatrical styling’s of Shaolin’s various performance teams?  If so, this review has you covered.  Some of the language it uses around the question of ‘authenticity’ is particularly interesting.  One wonders what makes theatrical performers more legitimate than their counterparts in film?

“While one may be used to the awe-inspiring character of kung fu master Wong Fei Hung, thanks to the countless movies and productions featuring Jet Li, Donnie Yen and Jackie Chan, this performance offers a rare chance to witness actual heroes who have spent most of their lives learning one of the oldest institutionalised Chinese martial arts.”

During the course of these news updates we have related quite a few stories regarding Hing Chao’s efforts to create a digital archive of the Southern Chinese martial arts in Hong Kong.  This article in the Taipei Times introduces a similar effort that is now under way in Taiwan.  Check it out! 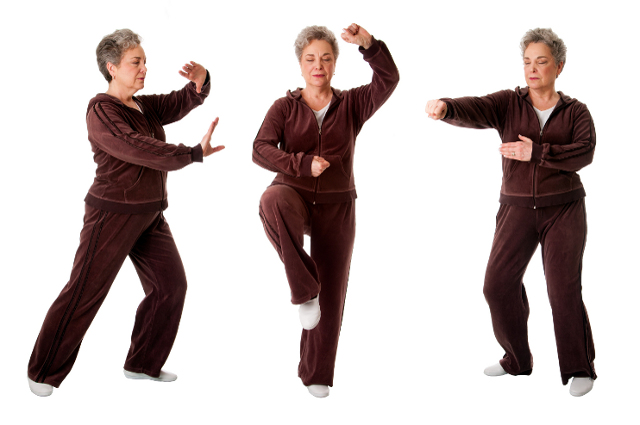 Consumer Reports (among other outlets) is reporting a new study on the ability of Taijiquan practice to prevent falls among senior citizens.  Not only was practice linked to better balance and fewer falls, those incidents that did occur resulted in fewer serious injuries.  This study went a step further than most previous research efforts and also concluded that Taijiquan training was more effective than other types of commonly employed exercise and physical therapy.

The martial arts studies community has been quite busy over the last month.  To begin with, the much anticipated summer issue of the MAS journal is now out.  You can download your copy here (and be sure to check out Douglas Wile’s article on recent document finds related to the Taijiquan history debates).

Second, I can report that the 3rd Annual Martial Arts Studies Conference, held at Cardiff University, was a great success and a lot of fun.  You can see some initial conference reports here and here.  Further, I have it on good authority that more are more expected in the coming weeks.  Be sure to keep an eye out for papers and slides starting to show up at Academia.edu and similar sites.  It has only been a couple of weeks and I can hardly wait for next year!

Her Own Hero: The Origins of the Women’s Self-Defense Movement (NYU Press, 2017) will start shipping sometime this week!  This volume looks great, especially for those of us who are interested in the history of the martial arts in the West.

At the turn of the twentieth century, women famously organized to demand greater social and political freedoms like gaining the right to vote. However, few realize that the Progressive Era also witnessed the birth of the women’s self-defense movement.

It is nearly impossible in today’s day and age to imagine a world without the concept of women’s self defense. Some women were inspired to take up boxing and jiu-jitsu for very personal reasons that ranged from protecting themselves from attacks by strangers on the street to rejecting gendered notions about feminine weakness and empowering themselves as their own protectors. Women’s training in self defense was both a reflection of and a response to the broader cultural issues of the time, including the women’s rights movement and the campaign for the vote.
Perhaps more importantly, the discussion surrounding women’s self-defense revealed powerful myths about the source of violence against women and opened up conversations about the less visible violence that many women faced in their own homes. Through self-defense training, women debunked patriarchal myths about inherent feminine weakness, creating a new image of women as powerful and self-reliant.
Whether or not women consciously pursued self-defense for these reasons, their actions embodied feminist politics. Although their individual motivations may have varied, their collective action echoed through the twentieth century, demanding emancipation from the constrictions that prevented women from exercising their full rights as citizens and human beings. This book is a fascinating and comprehensive introduction to one of the most important women’s issues of all time.

This book will provoke good debate and offer distinct responses and solutions.

A lot has happened on the Kung Fu Tea Facebook group over the last month.  We have talked about “Japanese pirates”, seen lots of rare film footage of vintage martial arts demonstrations, and discussed when a martial arts meme is “empowering.” Joining the Facebook group is also a great way of keeping up with everything that is happening here at Kung Fu Tea.

If its been a while since your last visit, head on over and see what you have been missing!