“Chinese Martial Arts in the News” is a semi-regular feature here at Kung Fu Tea.  In these posts I attempt to round-up and briefly discuss the major stories affecting the world of the traditional Chinese fighting systems.  I always pay special attention to what is being said about the martial arts in the main stream media.

Of course there is a lot of news.  If I missed a big story feel free to drop a link to it in the comments.  Likewise, if you are aware of a developing situation that might need to be included in a future post please shoot me an email and I will look into it.

Readers may also be interested in a few developments here at Kung Fu Tea.  I have recently added another category to the menu at the far left of the screen labeled “Women and the Martial Arts.”  This new page will group together all of my various essays which either discuss the lives of female martial artists or ask questions related to gender studies.  Hopefully this well help to make these posts a little more accessible to anyone interested in this topic.  Head on over and see what is going on.

Secondly, Rob Argent has just posted the first entry in a new series reviewing the “essential” Kung Fu films.  These are movies which have helped to shape the genera as well as western perceptions of the Chinese martial arts.  His first entry examines the Bruce Lee classic, “Fists of Fury.”  Given our other recent post discussing the Jingwu Association, this is a timely addition.  Check back for periodic updates.

Shanghai: A City Embraces its Kung Fu Heritage and the Memory of the Jingwu (Chinwoo) Athletic Association

The real heyday of the traditional martial arts in post-Cultural Revolution Mainland China were the 1980s and 1990s.  It was during these decades that massive numbers of individuals turned to the traditional fighting styles for a wide variety of cultural, social and even political reasons.  Of course these were also decades of rapid economic growth.  So while the physical transmission of the arts was revived, much of their physical heritage was destroyed as older neighborhoods were demolished to make way for new forms of urban development.  Preserving spaces or buildings that were important to the various traditional fighting styles does not seem to have been a high priority in the 1980s and 1990s.

Today it is often said that the traditional Chinese martial arts are in a state of crisis.  I am not actually sure how accurate that characterization is, but its clear that many fewer youngsters are showing up to classes and a variety of styles are struggling.  Yet ironically the overall enthusiasm for “Kung Fu” as an idea and marker of social identity does not seem to be dropping.  And at least some of that enthusiasm is being channeled into a newly developed interest in preserving and promoting the architecture and physical spaces that supported the development of China’s modern martial culture.

Of course the ever expanding tourist industries at the Shaolin Temple and Mt. Wudang are the best known exemplars of this trends, but there have also been other examples.  Recently there was a debate in Hong Kong about the preservation of the so-called “Blue House” as well as the abortive efforts to open a museum in Bruce Lee’s old home.  Foshan has even attempted to structure a major revitalization of its urban core around the martial arts as well as other aspects of its “intangible cultural heritage” in an effort to improve the quality of life.

Shanghai appears to be the latest city looking to cash in on its martial past in an attempt to both lure martial tourists and to project a certain vision of the city’s past and identity.  In this case the preservation efforts focus around the Jingwu Association, perhaps the most historically important of China’s many martial arts societies.  Founded in the early 20th century this group helped make martial arts widely available to middle class urbanites and promoted such reforms as modern advertising and gender equality in training.  Of course Bruce Lee helped to promote the fame of this early organization (which ceased to exist in most of China by about 1925) through his film “Fists of Fury.”

Following a public uproar when the city briefly considered demolishing the derelict buildings which had once housed the Jingwu headquarters, it was decided instead to restore them, establish a museum, rename a large local gymnasium and to redevelop a local park as a resource to promote the area’s “Jingwu heritage.”  These various projects have started to come on-line in the last few weeks.  You can read the initial press coverage of these efforts here and here.

These efforts have not been undertaken without some controversy.  Even local martial arts officials note fewer children are signing up for instruction, and the population of local Jingwu practitioners is rapidly aging.  They hope that this revitalization effort will help to reverse these trends.  But other local writers note that Kung Fu has never really been at the heart of Shanghai’s identity and they doubt whether this project can ultimately succeed.  Implicitly they also seem to doubt whether this is how the city should be advertising itself to the world in the 21st century.

Such objections not withstanding, the city has pressed on with its plan to develop a “Jingwu district.”  These efforts seem to be pretty popular, though it remains to be seen as to whether this will help to bolster class enrollment.  Recent reports also indicate that the city is now turning its efforts to having Jingwu recognized as an aspect of China’s “intangible cultural heritage” by the UN.  Again, all of this seems to underscore the continuing cultural importance of the martial arts even in an era when their actual student base is shrinking.  Its something that students of martial studies should dedicate some thought to.

Eric Pellerin recently gave a presentation titled “Lau Kar Leung in Times Square: film screening and discussion of ‘Executioners from Shaolin’,” as part of the City University of New York (CUNY) Master of Arts in Liberal Studies (MALS) 2013 lectures and events series.  Much of Pellerin’s work focuses on the cultural impact of the Chinese martial arts, and he currently focuses on the connection between the Kung Fu films of the 1970s and the development of Hip Hop.  This is a fascinating subject and I hope he has a chance to turn his dissertation into a book.

For those of you who prefer the stage, New York City has some additional news.  Multiple sources are reporting that the “Bruce Lee Story” is headed to Broadway.  Apparently the lead actor has already been cast and the show is currently in pre-production.  You can read the NY Post’s take on the news here, or check out the New York Theater Guide instead.

Of course Bruce Lee’s influence can be felt in lots other places around NYC as well.  Vice.com recently ran a solid two part article looking at a trainer in East Harlem who has been teaching fighters Jeet Kune Do.  There are a number of interesting things about this article.  I actually lived just by Harlem for years so the portrait of local culture is revealing.  But its also interesting to see how “modern” MMA fighters are thinking about and discussing JKD.  The article clearly sees Bruce’s style as “old,” “unfashionable” and somewhat esoteric.  That is pretty different from how it is usually discussed from a TCMA or Wing Chun perspective.  The series is definitely worth checking out if you are interested in either Jeet Kune Do or the Urban African American martial arts experience.

Hong Kong: What is wrong with the Kung Fu film and why can’t Jackie Chan catch a break in Hollywood?

Gene Ching wrote a pretty extensive review of Jackie Chan’s latest film “Chinese Zodiac” for the Kung Fu Tai Chi magazine (which he is the editor of).  Its a nice review of the film, but what is most interesting is his discussion of Chan’s repeated attempts to break into the Hollywood mainstream.  Ching argues that despite his best efforts American audiences have missed out on a number of film that showcase Chan as a more talented and diverse actor than he normally gets credit for.

Needless to say Chan could use some good press.  Repeated gaffs in the last few years have led to him being repeatedly savaged in both the Chinese and American presses.  As such its interesting to see such a sympathetic treatment and reminder of the truly impressive scope of his film career.  Incidentally, the previous link also includes a highlight reel of the recent Shaolin Cultural Festival sponsored by Kung Fu Tai Chi which many readers may find interesting.

There seems to be a fair degree of soul searching about the state of Hong Kong cinema right now.  Recently Xu Haofeng, a professor of the Beijing Film Academy, has claimed that a major reform is necessary to save the Kung Fu film, and by extension the Hong Kong film industry.  He has some interesting ideas and discusses how “Ip Man: The Final Fight” fits into his vision of the future.  Other industry observers, such as actor Anthony Wong Chau-sang (who starred in “Ip Man: the Final Fight”) claim that it is already too late.  In his view the Hong Kong film industry has already lost too much market share in Asia and it will likely only go forward as a much smaller (but higher quality) niche industry.

Other Stories from around the Globe

One of my goals here at Kung Fu Tea has been to promote a discussion of how we in the academic community can bring the martial arts into our classrooms.  See here for Adam D. Frank’s thoughts on the subject.  Unfortunately the following story of a classroom demonstration gone wrong is currently making the rounds.

Geoffrey P. Stockdale (B.A., M.A. USC Sacramento) has been put on paid leaving pending an investigation of an incident in one of his lectures where a former student was left bloodied after banging his head on the floor as part of a demonstration.  A student managed to film the entire thing and posted the video to youtube.  Various officials and students were concerned that Stockdale did not attempt to stop the exercise after the student was injured.  It looks like this demonstration was staged as part of a Communications class and was only tangentially related to the martial arts, but this is not the sort of publicity that “martial studies” needs.

It looks like politics has collided with Kung Fu in Egypt.  Recently the Sanda champion Mohamed Youssef was stripped of a gold medal and possibly barred from further competition on the Egyptian national team after displaying a pro-Morsi T-shirt in St. Petersburg Russia.  Al Jazeera is reporting that Egyptian sports officials are denying any direct knowledge of the incident, while a number of other news sources are quoting statements by the athlete’s family claiming that he is being barred from competition for his political stance. 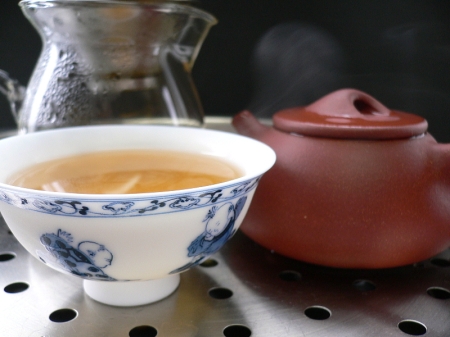 Lastly, there has been a lot of activity on the Facebook group over the last three weeks.  We have had a couple of reading updates, some vintage videos of Kung Fu demonstrations and a profile of an early Ip Man student among many other features.  Subscribing to the Facebook page is also a great way to find out about updates here at the WordPress blog.  Its also a nice venue for a more laid back conversation.  If its been a while head on over and see what you have been missing.